Putting an end to procrastination 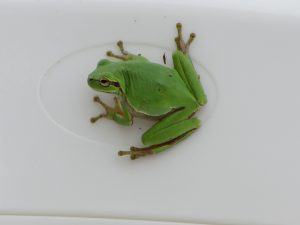 Clearing the gutters, a phone call with an awkward relative, that not-entirely-positive performance review you have to conduct….. We all have one; that dreaded task you know you really need to complete, but, somehow, consistently works it’s way to the bottom of your ‘to-do’ list….

You don’t want to face it, but the longer you ignore “THE TASK”, it more looms there in the back of your mind, dominating your subconscious until you grit your teeth, tackle it head on, cross it off that list and breathe again!

So how do you make yourself do it?

Mark Twain put it like this: “Eat a live frog first thing in the morning and nothing worse will happen to you the rest of the day.”

Yes, I know that sounds horrendously unpalatable, (not to mention the animal rights concerns!) but, in other words, pick the thing you least want to do out of your daily tasks and just do it. Now. Straight away. Before you have a chance to think twice about it and change your mind!

But what if that’s not the only disagreeable chore facing you? Keep going. Pick the next most unpleasant, and keep going. Put the things at the end of your list at the beginning. Or in Twain’s words: “If it’s your job to eat two frogs, it’s best to eat the biggest one first!”

Suddenly it seems like you’re gathering momentum; your day is steadily improving, rather than feeling as if you’re on an inexorable march towards your doom. That weight on your shoulders has lifted and you can focus on the core tasks in your day.

So, give it a go; eat that frog (or frogs)! After all, there is no fulfilment in continually leaving things half-finished.